Most people in the UK will own or use a sat-nav. This is the same for HGV Drivers. You would think that they would drivers get to locations with the quickest route. This isn’t the case for HGV as HGV drivers are continuously get stuck down narrow country roads and streets that are not wide enough for them to manoeuvre.

The local paper in Telegraph in Lancashire reports a lorry getting stuck on Main Street after the sat-nav making the driver to take a wrong turn. This caused chaos with police diverting traffic and helping the driver manoeuvre his way out. Residents say that this is becoming a reoccurring problem.

There has been many other reported incidents in the area. A HGV driver stopped traffic after realising his lorry was too high to pass under the low bridge. He had to back all the vehicles following behind him so he could turn around and get out of the Jam. The issue is that too many HGV drivers are becoming too reliant on the instructions provided by Sat-navs.

One solution would be to increase signage and try and develop new weight restrictions that would stop drivers getting into small towns and villages. It could also be down to the Sat-navs not knowing that they are directing a car or a HGV. May a combination of Signage and sat–nav training would be viable.

Drivers need to appreciate that the information from sat-navs are not perfect. This could be due to the roads being updated constantly and sat-navs becoming outdated. The maps are supposed to be a general guide like a map, but most people will rely on them constantly.  Common sense should always prevail in order to stop these incidents occurring.

Here at HGV Driver Training Centre are courses are designed to train our drivers to the highest level. We always endeavour to get keep our high standard of training and pass rates. We do not train people on sat-navs but we build confidence in our drivers and with passing theories they should be able to build a good knowledge of the Highway Code and road signs. 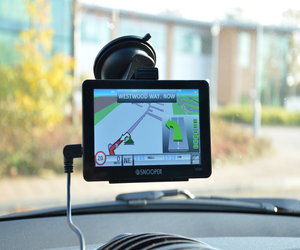 Get your instant Training quote

Enter your details below for a free, instant quote on our LGV and HGV Courses

We are the HGV
Recruitment Experts
Trustpilot

Enter a few details below for your quick quote